Apart from the blood, there are two fluids associated with the brain: cerebrospinal fluid (CSF) and interstitial fluid (ISF). CSF drains through arachnoid villi into the blood and via routes adjacent to olfactory nerves into the nasal mucosa, cervical and dural lymphatics….
Read more 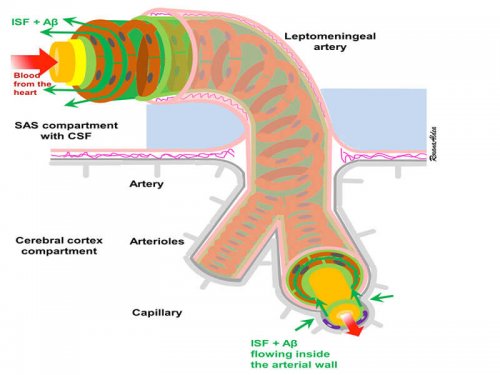 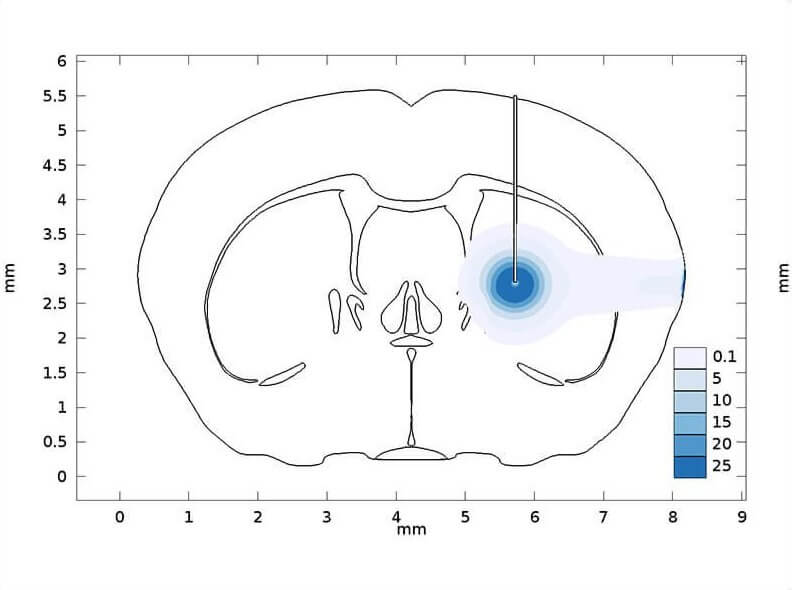 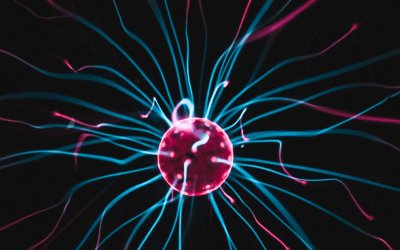 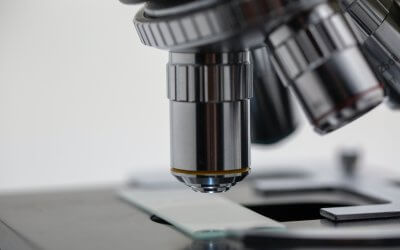 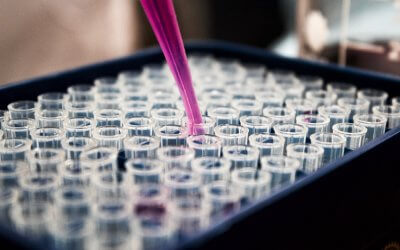 The link between locus coeruleus degeneration and IPAD

Locus coeruleus and the basal forebrain degenerate early in AD and it is possible that the deficient adrenergic or cholinergic supply lead to a failure of IPAD.ARUK Network Cooperation funding between Newcastle University and the University of SouthamptonThe exact... 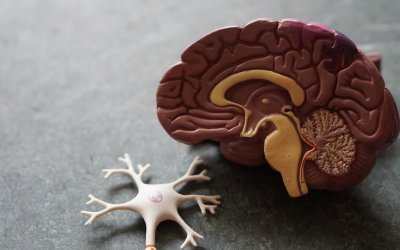 Innervation of cerebral arteries is key to maintenance of IPAD

Innervation of cerebral arteries is key to maintenance of efficient clearance and flowAlzheimer’s Research UK – Co-PI “Targeting perivascular innervation and vascular tone for improved clearance of ß-amyloid from the brain“. £88,440This project, funded by Alzheimer’s... 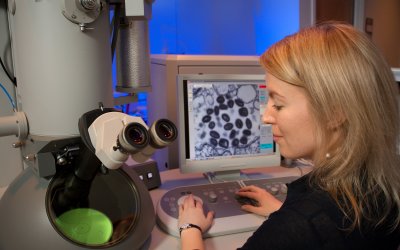 Failure of IPAD in vascular dementia 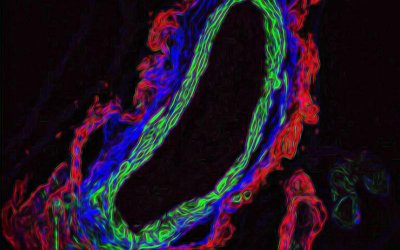 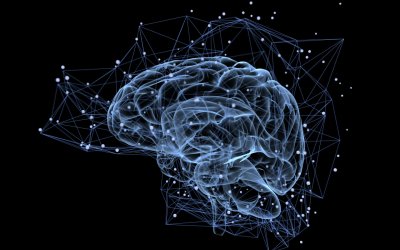 Clusterin is a key molecule that improves IPAD 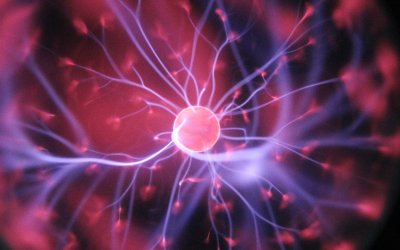 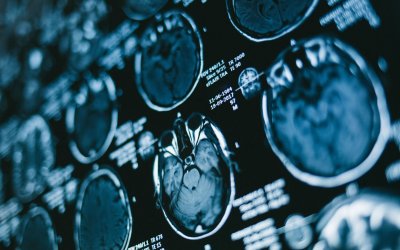 The link between Amyloid-beta and alpha-Synuclein pathology

Investigating the link between Amyloid-beta and alpha-Synuclein pathologyCollaborative project with REDSHIFTbioLewy Body (LB) diseases are one of the most common neurodegenerative disorders, second to Alzheimer’s disease (AD), and comprise of Parkinson’s disease (PD),...

Apart from the blood, there are two fluids associated with the brain: cerebrospinal fluid (CSF) and interstitial fluid (ISF). CSF drains through arachnoid villi into the blood and via routes adjacent to olfactory nerves into the nasal mucosa, cervical and dural lymphatics (1). This route permits the drainage of antigen presenting cells from the subarachnoid space into the lymphatic system.

The brain parenchyma is not endowed with traditional lymphatic vessels. For the last 50 years different physiological studies have shown that interstitial fluid drains from the brain along perivascular pathways into cervical lymphatics (2). Using refined injection techniques and confocal microscopy, our group has demonstrated that drainage of interstitial fluid and solutes from the brain occurs along 100-150 nm-wide basement membranes (BM) in the walls of cerebral capillaries and arteries. Older experimental studies suggest that only 10-15% of solutes draining by this route escape into the CSF (3). We have demonstrated that injection of soluble Aβ into the brain parenchyma of young mice results in its rapid elimination along the BM of capillaries and arteries as intramural periarterial drainage (IPAD) (4).

Our theoretical modelling studies suggest that the motive force for perivascular lymphatic drainage is derived from vascular smooth muscle contractions and biochemical interactions with basement membranes (5) (6) (7). With increasing age and arteriosclerosis, cerebral arteries become stiffer (8) with reduced contractility of arterial smooth muscle cells. Motive force declines reducing efficiency of lymphatic drainage of the brain as shown in aged mice (4). Our working hypothesis is that the deposition of amyloid plaques in the human brain with age and Alzheimer’s disease reflects a failure of elimination of Aβ from the brain. Several mechanisms for the elimination of Aβ from the brain have been defined. These include degradation by enzymes such as neprilysin (9), receptor-mediated absorption into the blood (10), passage into the CSF (11) and perivascular lymphatic drainage (12). Reduction in neprilysin activity and failure of absorption of Aβ into the blood with age (9) (10) may divert more Aβ along perivascular lymphatic drainage pathways (9) (13).

As a result of the failure of elimination of Aβ from the brain associated with ageing of cerebral arteries and CAA there is loss of homoeostasis of the extracellular environment in the brain as reflected in the rise of soluble Aβ in Alzheimer’s disease (16). It is likely that there is also failure of elimination of soluble metabolites other than Aβ adding further to the loss of homoeostasis of the neuronal environment. The association of CAA with accumulation of fluid in the subcortical white matter reported after recent therapeutic trials in Alzheimer’s disease suggests that drainage of fluid is ultimately impaired (17) (18).

We are working in an interdisciplinary manner to demonstrate that changes in extracellular matrix and artery walls due to age, genotype, diet or different patterns of innervation or branching of blood vessels could have a marked effect upon the extracellular environment of brain tissue leading especially to failure of elimination of Aβ from the extracellular space but also to failure of elimination of other metabolites and loss of homeostasis.  By clarifying the exact factors that are responsible for efficient drainage along basement membranes of capillaries and arteries we are identifying new therapeutic targets for cerebral amyloid angiopathy and Alzheimer’s disease.

Phosphodiesterase III is the major cAMP-hydrolyzing PDE uniquely expressed in vascular smooth muscle cells; PDE IIIA isoforms are also involved in cardiovascular function by regulating vascular smooth muscle growth and phenotypic changes. Cilostazol is a selective inhibitor of PDE III that increases cAMP in vascular cells and has multiple effects on the vasculature such as vasodilatation, anti-oxidation, anti-inflammation, regulation of smooth muscle cells, increase in cerebral haemodynamics and arterial elasticity with maintenance of microvascular integrity, as reviewed in (19). Cognition is significantly improved in experimental models and in humans receiving Cilostazol (20)(21)(22)(23). Administration of Cilostazol significantly improves IPAD and the brains of mice treated with Cilostazol show effects upon extracellular matrix, with upregulation of the anti-fibrillogenic glycoproteins (24)(25).

Using chaperones for efficient transport along the IPAD pathways

Clusterin (Apolipoprotein J) is a multifunctional protein that reduces the aggregation and toxicity of Aβ and appears to be beneficial in atherosclerosis (26)(27). We recently demonstrated that in APP/PS1 mouse models of Alzheimer’s disease, crossed with clusterin knockout mice, result in disappearance of Aβ plaques but an increase in severity of CAA. These findings suggest that clusterin is required for efficient chaperoning of solubilized proteins from plaques along IPAD (28). Administration of clusterin as a preventative therapy when the integrity and function of smooth muscle cells and basement membranes are not compromised may yield positive results for the prevention or delay in onset of symptoms of CAA and Alzheimer’s disease. Taxifolin is flavonoid that appears to maintain amyloid in its soluble forms more amenable for clearance (29) We are investigating whether Taxifolin facilitates IPAD.

Agents acting upon the innervation of smooth muscle cells

Experimental work is ongoing in this area. Results suggest that agents such as Prazosin, an alpha(1)-adrenoceptor antagonist, acting upon cholinergic or adrenergic innervation of cerebral arteries result in improvements of IPAD and in reduction of CAA in transgenic mouse models of Alzheimer’s disease (30).